Conveniently, I found a scapegoat for the writer’s block I’ve had over the last several weeks. I kept getting distracted by the increasingly dangerous and irreparable ideological divide in this country. I’ve written before about how we need to get beyond “left versus right,” even alluding to it two posts ago and in the homepage, but it was worse than ever this month. So, I’d like to discuss (yet) again how we got here and why it’s bad for us.

The process of indoctrination into a modern American ideology probably starts as early as childhood or adolescence: you absorb ideas from the media and people around you. One day, you take a stance on something. For example, maybe second amendment protection sticks out as an important issue in your young mind, or maybe it’s the right to marry someone of the same gender. You submerse yourself in ideas to validate or invalidate your stance, and validation usually wins, at least at first, because it feels better. You collaterally absorb ideas about other stances from the same media and people, and you form a worldview. A worldview is kind of like a mosaic of stances, and if yours is a popular one, then you have been indoctrinated into a modern American ideology.

Sometimes there’s a part two to the process. I’ve seen a lot of peers go through what would best be described as a post high school ideological revolution, which I’ll call PHSIR. Most of the ones I observed involved people who grew up in conservative families with stances oriented around Christianity. Something about entering the working world, or maybe something in the college curricula or community, inspired the young adults to question their backgrounds, usually moving them towards civil rights and away from capitalism and Christianity. That’s what I’ve seen the most, but it’s not the only kind of PHSIR. In college and grad school, for example, I absorbed perspectives from the business world. Some people bounce back after their PHSIR and become moderates. Others keep the same ideology their whole lives, and yet others may never settle on an ideology.

Just now as you read those (somewhat intentional) oversimplifications, you probably experienced some emotions and possibly even tried to decode partisanship in my word choice. If you agreed with any of the descriptions, I validated your worldview. If you disagreed with any of the descriptions, you probably didn’t think that I invalidated your worldview so much as you thought I was being biased. If you’re reading this and you don’t know me, you may have even judged me to be a Republican based on my comment above about absorbing perspectives from the business world.

This is precisely the problem. Most of us in the United States, through the process of indoctrination, have identified with either MAL or MAR. The current ideological war has fostered a very black and white (blue and red?) “us versus them” mentality, so we’re always hypersensitive to and ready to attack anything we can’t identify as belonging to our own ideology. This makes it impossible for most Americans to handle any new idea. At a glance, new ideas don’t seem to fit within our ideology, so the reflex is to dismiss it as radical or associate it with the opposing ideology. Usually we’ll even go the extra mile and draw analogies between a new idea and Nazi-occupied Germany or dystopian science-fiction. That is how deeply the left versus right divide has damaged us. 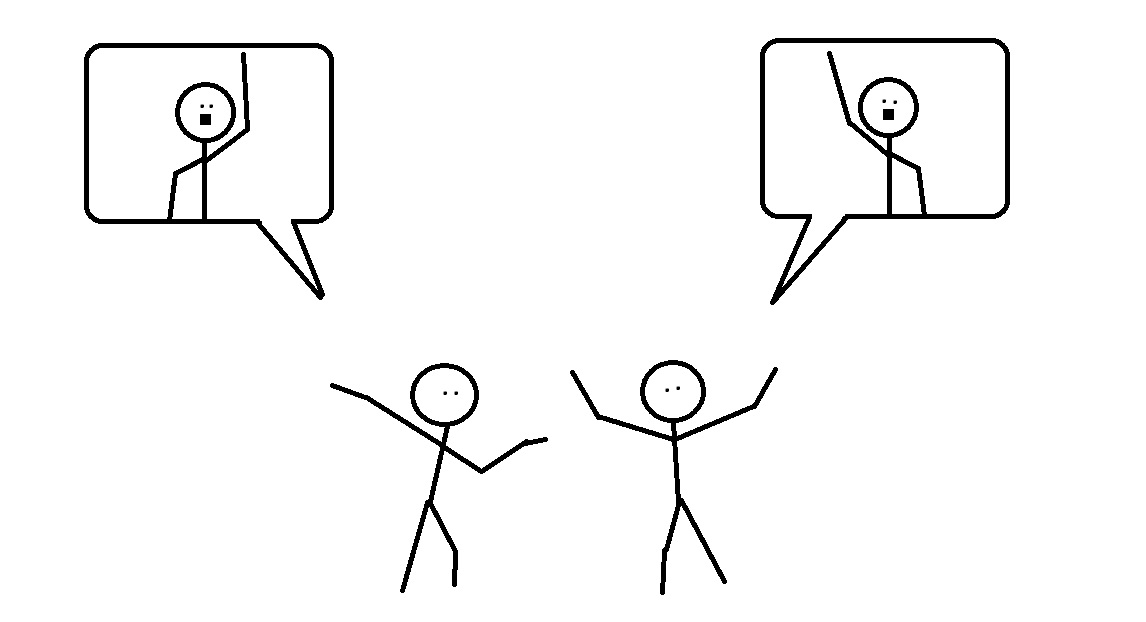 Take proprietism for example: the economy as a vast network of sole-proprietorships. Already it sounds complicated and radical but maybe you’ll listen because you’re polite and want to be a supportive friend. Then I tell you it’s pro free-market, so if you identify closely with MAL, you’re already writing it off and preparing a critique of capitalism. Then I tell you it involves shared-ownership on a massive scale, so if you identify closely with MAR, you’re already writing if off and preparing to admonish me of naive Marxist idealism. MAL attacks everything as though it’s MAR and vice versa. Since our ideological war has rendered us incapable of being open to new ideas, we’re opting instead to continue down whatever schizophrenic middle ground it creates.

I usually conclude posts with a hopeful tone, but this problem shouldn’t be contorted or watered down. Instead we’ll close on a high note by introducing you to my friend’s provocative new Facebook blog, Elevated Content. His blog’s mission is akin to mine: a viewpoint not on the “left versus right” spectrum, but separate from (or elevated above) it. The result is content that focuses on the connections between the people and entities that shape the world, rather than content framed in the context of an ideologically gridlocked world.

If you visit Elevated Content right now, you will see subject matter in support of our president-elect, Donald J. Trump. Some of you will get a right-wing vibe, but what if I told you the author is a former Obama supporter? He and I had a fascinating phone conversation last week. If nothing else, try that. Don’t avoid talking about politics; that’s not helping. Talk about it, but dig past all the superficial stuff like whether politician so and so lied about this or that. Get into the big questions about what roles and responsibilities we have as the most industrious and ubiquitous species on the planet. Maybe start with a discussion about what utopia should look like, and then work backwards to identify what policies we’ll need to get there. I bet you’ll be shocked at how much common ground you’ll uncover.